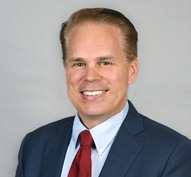 Chris Chorba is Co-Chair of the firm’s Class Actions Practice Group.  He specializes in defending class actions and complex litigation, and he has been recognized in Chambers USA: America’s Leading Lawyers for Business and in Best Lawyers in America for Commercial Litigation. Law360 also named Mr. Chorba a “Class Action MVP,” which profiles attorneys who have “distinguished themselves from their peers by securing hard-earned successes in high-stakes litigation, complex global matters and record-breaking deals.”

Mr. Chorba has had substantial experience litigating a broad range of complex commercial matters at the trial and appellate level in California and throughout the country. His litigation and counseling experience includes work for companies in every industry, including automotive, beauty and cosmetic, consumer products, education, entertainment, financial services, food and beverage, social media, sports, technology, telecommunications, insurance, health care, life sciences, retail, and utility / energy.

Mr. Chorba has argued several appeals before the federal and state courts of appeal, including the United States Court of Appeals for the Ninth Circuit: