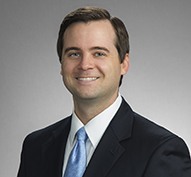 Bryan has been recognized by The Best Lawyers in America© as “Ones to Watch” in Commercial Litigation (2021).

Prior to joining Gibson Dunn, Mr. Clegg served as a law clerk to the Honorable Catharina Haynes of the United States Court of Appeals for the Fifth Circuit.

Mr. Clegg is admitted to practice in the State of Texas.

University of Texas - 2009 Bachelor of Arts