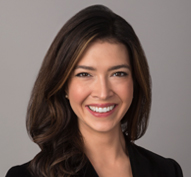 Katherine Maddox Davis is a litigation associate in the Washington, D.C. office of Gibson, Dunn & Crutcher.

Ms. Davis represents corporate clients in high-stakes disputes with consumers, shareholders, and foreign governments.  Her pro bono practice is focused on state and federal criminal defense.  Ms. Davis was recognized in Best Lawyers: Ones to Watch in America 2023 for appellate practice.

Outside of court, Ms. Davis publishes and speaks on international jurisdictional disputes, often with human rights implications.   Her analysis has been featured in law reviews and Lawfare, and she is a regular contributor to the ABA International Section’s Year in Review.  She serves as Vice Chair for Rule of Law on the ABA International Courts and Judicial Affairs Committee.

Ms. Davis received her law degree, with honors, from Emory University School of Law.  She was elected Editor-in-Chief of Emory International Law Review and received the W. Richard Smith Founder’s Award for Writing Excellence and the Robert Beynart Award for Professionalism and Ethics.  As a law student, Ms. Davis interned with then-Justice Harold Melton of the Georgia Supreme Court, with civil rights prosecutors at the U.S. Department of Justice, sex trafficking prosecutors in the U.S. Attorney’s Office for the Northern District of Georgia, and war crimes prosecutors at the U.N. International Criminal Tribunal for the former Yugoslavia.

University of Oxford - 2012 Master of Science