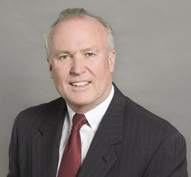 Patrick W. Dennis is a partner in the Los Angeles office of Gibson, Dunn & Crutcher LLP.  He is a member of the Environmental Litigation and Mass Tort Practice Group.  Mr. Dennis has extensive experience representing clients in general manufacturing, energy, banking, aerospace, real estate, construction, electronics, oil and gas, cement making, and lead recycling in a wide range of environmental matters.  He has substantial experience in the following areas:

Mr. Dennis is consistently named among the nation’s leading environmental law attorneys.  In 2021, Law Dragon recognized him as one of the leading 500 Environmental & Energy lawyers, an inaugural list recognizing environmental justice leaders.  In 2019, Mr. Dennis was nationally ranked as one of just ten “Leading Lawyers” in Environmental Litigation in The Legal 500 United States, and in all prior years going back to 2009, he was ranked as one of just 10 or 11 such Leading Lawyers.  In 2017, Mr. Dennis was awarded the Legal 500 Hall of Fame award for being a “leading lawyer” for the past six consecutive years.  In 2021 and again in 2022 Mr. Dennis was ranked as a California Environmental Law “Senior Statesman” and from 2010 through 2020, he is in the top tier, Band 1, ranking for California environmental law in Chambers USA: America’s Leading Lawyers for Business.  He has also been selected by his peers for inclusion in The Best Lawyers in America© for the field of Environmental Law and Litigation-Environmental.  In 2017, he was listed in Expert Guide’s Energy and Environment Guide as a leading practitioner in the area of Environmental law.  Mr. Dennis was also published in Who’s Who Legal’s Environment 2017 Guide, which recognizes outstanding practitioners in various practice areas.  From 2012-2014, Best Lawyers named him Los Angeles Litigation – Environmental “Lawyer of the Year.”  Mr. Dennis received the 2016 CLAY (California Lawyer Attorney of the Year) award in the Real Estate and Development category for his role in the redevelopment of the Hollywood Park racetrack into a world class football stadium to house the Los Angeles Rams for their return to Los Angeles.

In 2009, Mr. Dennis was elected to the exclusive American College of Environmental Lawyers by his peers.  He was also a Chair and a founding member of the Los Angeles County Bar Association Environmental Law Section.  Between 2017-2019, Mr. Dennis has been the Chair of the Board of Trustees for the California Science Center Foundation.

He received a B.S. (Civil Engineering – 1976); M.S. (Mechanical Engineering – 1978); and a J.D./MBA (1982), all from the University of California, Los Angeles. Mr. Dennis has practiced exclusively in the environmental law area since graduating from law school.