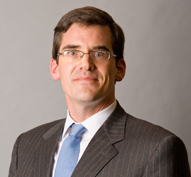 Christopher D. Dusseault is a partner in the Los Angeles office of Gibson, Dunn & Crutcher.  He is a member of the firm’s Litigation Department and its Antitrust and Competition, Class Action and Life Sciences practice groups, and previously served as Partner-In-Charge of the Los Angeles and Century City offices.

Mr. Dusseault is an experienced trial and appellate lawyer whose practice focuses on antitrust and other complex commercial litigation.  He has tried cases in federal and state courts and before arbitration panels, and has argued appeals before the Ninth Circuit, Seventh Circuit, and California Court of Appeal.  Mr. Dusseault has represented clients in a wide range of industries, including medical devices, pharmaceuticals, higher education, entertainment and transportation.  He has handled antitrust cases including claims of conspiracy, monopolization, exclusive dealing, and secret rebates .  His complex commercial litigation cases have included claims of breach of contract, fraud, wrongful death and patent and trademark infringement.  In addition to his business litigation, Mr. Dusseault helped lead the trial team that challenged and overturned California’s prohibition of same-sex marriage, Proposition 8, in Hollingsworth v. Perry.

Mr. Dusseault led Gibson Dunn’s Los Angeles and Century City Offices of Gibson Dunn from 2009-2013.  He was named one of California’s “Top 20 Under 40” by the legal publication Daily Journal in 2010, and received  Duke Law School’s “Young Alumni Award” for  distinguished service to the legal profession and the school in 2009.

Mr. Dusseault is actively involved in the community.  Mr. Dusseault currently serves on the Board of Visitors of Duke Law School.  He also serves on the Governing Board of LA’s BEST, a nationally recognized after school program serving more than 20,000 children in neighborhoods of Los Angeles most vulnerable to gangs, drugs and crime.  Mr. Dusseault served as Chair of the LA’s BEST Governing Board from 2014-2021,  and in 2022 was awarded LA’s BEST’s Children’s Champion Award for his years of service to the Children of Los Angeles.