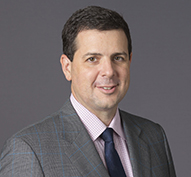 Mr. Fadely focuses on advising Asia-based private fund sponsors on the formation of private investment funds, including buyout funds, growth capital funds, venture capital funds and real estate funds, as well as on secondaries transactions, co-investment transactions, founders’ agreements, carried interest plans, and regulatory and other operational issues.  He has advised well-established and first-time fund sponsors on the establishment and structuring of funds platforms and is experienced in forming funds investing throughout Asian markets.  In addition to fund formation, Mr. Fadely also represents institutional investors in their private fund investments.

Year after year, Mr. Fadely has been ranked in Band 1 for Investment Funds by Chambers Asia Pacific and he has now also been ranked in Band 1 in the inaugural issue of Chambers Greater China Region released in 2022, in which a client noted he is an “A-list, top-of-the-tree fund formation lawyer.”  He has been named a “Hall of Fame” lawyer for Investment Funds by The Legal 500 Asia Pacific, with their most recent guide highlighting that he “always shows great command of complex issues and an ability to think outside the box.”  Mr. Fadely is named as a highly regarded practitioner by IFLR1000 and is listed in International Who’s Who of Private Funds Lawyers.

Prior to joining the firm, he was a partner in the Hong Kong office of Weil Gotshal since 2010, where he led Weil’s Asia private funds practice.

Mr. Fadely earned a J.D. from Columbia Law School in 1999, where he was a Harlan Fiske Stone scholar, and an M.B.A. from Columbia Business School.  He is admitted to practice in New York, California, and Hong Kong.

He is fluent in Mandarin Chinese and proficient in Japanese.