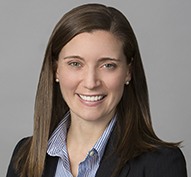 Naima Farrell is an associate in the Washington, D.C. office of Gibson, Dunn & Crutcher.  She is a member of the firm’s Litigation Department and Labor & Employment Practice Group.

Ms. Farrell has represented clients in a wide range of employment litigation matters, including cases involving allegations of discrimination, harassment, retaliation, wrongful termination, breach of contract, and wage-and-hour violations.  Ms. Farrell has significant experience in defending against employment-related putative class and collective actions.  She has represented employers in federal district and appellate courts across the country, as well as in arbitration and mediation, and before the Equal Employment Opportunity Commission and state employment agencies.  Most recently, Best Lawyers in America© has recognized Ms. Farrell as “One to Watch” in Appellate Practice (2023).

Ms. Farrell also has a vibrant pro bono practice, with a particular focus on immigration issues and constitutional challenges.  Ms. Farrell serves on the Legal Advisory Committee for the Capital Area Immigrants’ Rights Coalition, and was named to their Pro Bono Honor Roll in 2016 in recognition of her work on behalf a young victim of human trafficking.

Prior to practicing law, Ms. Farrell served as a Peace Corps volunteer in Bénin.  She graduated from Yale University in 2007 with a Bachelor of Arts in Ethics, Politics, and Economics.