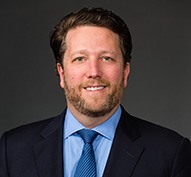 ​David M. Feldman is a partner in the New York office of Gibson, Dunn & Crutcher and Co-Chair of Gibson Dunn’s Business Restructuring and Reorganization Practice Group.

Mr. Feldman’s practice focuses on the representation of banks, hedge funds, private equity firms and companies in a variety of bankruptcy cases, out-of-court restructurings, and distressed asset and debt transactions.

Mr. Feldman is consistently ranked as a leading Bankruptcy and Restructuring lawyer by Chambers USA: America’s Leading Lawyers for Business, describing him as “an excellent strategist with an ability to guide his clients through restructurings efficiently and successfully,” that he “is very smart,” and “very experienced,” and highlighting “his in-depth understanding of technical issues” and his “fantastic strategic vision.”  He is recognized by Who’s Who Legal Restructuring & Insolvency, Lawdragon in its list of top 500 Leading Global Bankruptcy & Restructuring Lawyers, IFLR1000 as a “Highly Regarded” Leading Lawyer, as one of the top Bankruptcy and Creditor-Debtor Rights lawyers by The Best Lawyers in America® and a leading Restructuring and Insolvency lawyer by Legal Media Group’s Expert Guides Guide to the World’s Leading Banking, Finance and Transactional Lawyers.  Mr. Feldman advised on a transaction that was named “Pre-Pack Restructuring of the Year” in Large Mid-Markets by Turnarounds & Workouts at the 2021 Turnaround Atlas Awards and had also advised on a transaction that was named “Pharma Restructuring of the Year” at the 2020 Turnaround Atlas Awards.  In addition, he was named a 2017 “Outstanding Restructuring Lawyer of the Year” by Turnarounds & Workouts and by Investment Dealers’ Digest as one of the Top 40 Under 40 Dealmakers of 2007.  He is the author of “The Pervasive Problem of Numerosity” published online by Law360 on June 2, 2010 at law360.com and “Appointing Equity Committees:  Insolvency Is One of Several Factors Courts Consider in Making Determination,” New York Law Journal, Corporate Restructuring & Bankruptcy Special Section, August 8, 2004.

Mr. Feldman is a member of Law360’s 2018 Bankruptcy Editorial Advisory Board which provides insight from experts in the field on how best to shape future coverage by the publication.

Mr. Feldman and his partners have developed a balanced restructuring practice with great depth on the Creditor/Investor side and the Company/Debtor side.  This allows Mr. Feldman and his colleagues to have a deep understanding of their adversary’s strategic and economic goals in every restructuring matter.  Mr. Feldman is currently representing several Texas wind farm project owners and tax equity investors in connection with potential restructuring transactions arising out of the February 2021 Texas freeze. Mr. Feldman’s recent representations include:  the term loan lenders of California Pizza Kitchen (restaurant chain); debtor representation of Rosehill Resources (oil and gas company); and debtor representation of Northwest Hardwoods (hardwood manufacturer).  Major recent in-court restructuring matters include:  debtor representation of Brookstone; the Official Committee of Equity Security Holders of Synergy Pharmaceuticals; debtors’ counsel to SH 130 (privately owned toll road that connects Austin to San Antonio); Chapter 11 of RCS Capital (financial services firm) for the Official Committee of Unsecured Creditors; restructuring and acquisition of control of Overseas Shipholding Group, Inc. (an international shipping company) for a group of investor/shareholders led by Paulson, BHR Capital and Blue Mountain Capital; Chapter 11 restructuring of Rural/Metro Corporation (major national ambulance company) for senior secured lenders agented by Credit Suisse; restructuring and acquisition of Wastequip Inc. (waste equipment manufacturer; previously owned by Odyssey) for group led by Credit Suisse and Centerbridge; restructuring and acquisition of control of William Lyon Homes (southern California homebuilder; previously controlled by William Lyon) for Luxor Capital; restructuring and acquisition of control of Trident Resources (a U.S./Canadian natural gas company) for group of investors led by Anchorage Advisors; and acquisition of major interest in Extended Stay (discount extended stay hotel chain; previously owned by Starwood) for Paulson (which acquired business together with Blackstone and Centerbridge).  A more extensive list of the group’s extensive restructuring matter experiences can be found in the Business Restructuring and Reorganization Practice Group description.

The Association of the Bar of the City of New York