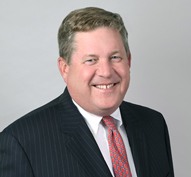 Michael Flynn is a partner in the Orange County office of Gibson, Dunn & Crutcher and a member of the firm’s Corporate Transactions, Mergers and Acquisitions and Capital Markets Practice Groups.  Mr. Flynn previously served as Partner in Charge of the Orange County office from 2016-2021.  Mr. Flynn’s practice focuses on corporate and securities law with an emphasis on mergers and acquisitions, capital markets transactions and general corporate representation.  He has extensive experience counseling publicly held companies on corporate governance matters, activism matters, defensive measures, disclosure issues and other complex securities law issues.

Mr. Flynn received his J.D. degree from Loyola Law School in 1985 and his B.B.A. from the University of Notre Dame in 1982.  He is a member of the State Bar of California.  He was named one of the Top 100 Attorneys in California by the Daily Journal in 2006.  Mr. Flynn has been named a “Super Lawyer” by Los Angeles Magazine between 2012 and 2017.   Between 2017 and 2021 Mr. Flynn has been named to the OC 500 by the Orange County Business Journal.  He is a past President of The Pacific Club, and serves on the Board of Directors of Big Canyon Country Club.