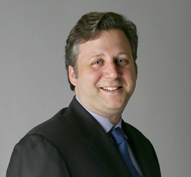 James P. Fogelman is a partner in the Los Angeles office of Gibson, Dunn & Crutcher.  He is a member of the firm’s Litigation Department.  Mr. Fogelman earned his law degree in 1992 from the UCLA School of Law.  He received a Bachelor of Science degree in Economics, with a concentration in Finance, from the Wharton School of Economics at the University of Pennsylvania in 1989.  Mr. Fogelman provides advice to clients on pre-litigation and litigation matters, and has represented clients in state and federal courts and in arbitrations across the United States.  He has successfully litigated several high-profile disputes and has been recognized by Law360 as a Sports MVP for 2017.

University of Pennsylvania - 1989 Bachelor of Science