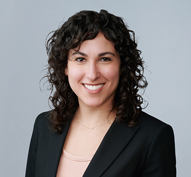 Jamie France is Of Counsel in the Washington, D.C. office of Gibson, Dunn & Crutcher.  She is a member of the firm’s Antitrust and Competition Practice Group.

Ms. France represents clients in merger and non-merger investigations before the Federal Trade Commission and the U.S. Department of Justice as well as in complex private and government antitrust litigation.  She also counsels clients on antitrust merger and conduct matters and has been involved in representing targets of antitrust-related grand jury investigations by the DOJ.  Ms. France’s experience encompasses a broad range of industries, including healthcare, consumer goods, retail, gaming, pharmaceuticals, wood products, and chemicals.

Ms. France joined the firm after six years as an attorney in the Mergers IV Division of the Federal Trade Commission’s Bureau of Competition, where she served in lead roles on high-profile merger investigations and enforcement actions.  Ms. France has significant experience litigating merger challenges and was an integral member of the FTC’s trial teams on FTC v. Thomas Jefferson University, FTC v. Hackensack Meridian Health, FTC v. Sanford Health, FTC v. Advocate Health Care Network, and FTC v. Benco Dental Supply.  She was twice honored with the FTC’s Janet D. Steiger Award for her contributions to the Sanford and Advocate litigations.  Before joining the FTC, Ms. France was an associate in Gibson Dunn’s Washington, D.C. office.

Ms. France served as a law clerk to Chief Judge Royce C. Lamberth of the United States District Court for the District of Columbia.  She graduated with honors from the University of Texas School of Law in 2011, where she served as a Notes Editor on the Texas Law Review.  Ms. France was recognized with a Burton Award for Distinguished Legal Writing in 2011 for her publication, A Proposed Solar Access Law for the State of Texas, 89 Tex. L. Rev. 187 (2010).  Ms. France graduated magna cum laude from the George Washington University in 2008 with a Bachelor of Arts in International Affairs and Spanish.