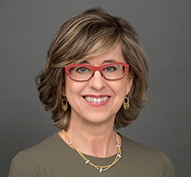 Ms. Franzel’s practice has included all forms of real estate transactions, including acquisitions and dispositions and financing, as well as office and retail leasing with anchor, as well as shopping center tenants. She also has represented a number of clients in New York City real estate development, representing developers as well as users in various mixed-use projects, often with a significant public/private component.

She has worked on various aspects of the Hudson Yards project, representing the developer, which is a joint venture of The Related Companies and Oxford Properties.  The project will encompass more than 18 million square feet of commercial and residential space, much of it built over a working rail yard on the West Side of Manhattan.  Ms. Franzel’s involvement to date includes the equity transactions with Time Warner, KKR and Wells Fargo to move their respective corporate headquarters to 30 Hudson Yards, a 2.6 million square foot office tower adjacent to a retail shopping mall which will have its grand opening in March of 2019.  She also handled the land acquisition for 55 Hudson Yards and an anchor tenant lease with Milbank, Tweed, Hadley & McCloy to relocate its offices to that building, which recently opened. She also handled an anchor tenant lease with BlackRock for 50 Hudson Yards, which is under construction.

Ms. Franzel recently worked with a team of GDC lawyers in the acquisition, leasing and financing of the Lord & Taylor Building on Fifth Avenue, which is being redeveloped as a new headquarters for WeWork. As tenant’s counsel, Ms. Franzel represented Nissan North America in connection with its new Manhattan flagship dealership to be located at 787 11th Avenue and Bowne & Co. in a 200,000 square foot headquarters lease at 55 Water Street, as well as numerous other leases of New York City commercial office and retail space.

Additionally, Ms. Franzel has represented major institutional lenders in connection with construction and acquisition loans in New York and throughout the United States, including a financing of the acquisition and ongoing development of Snowmass Base Village in Snowmass, Colorado and a construction loan for residential condominiums at 36 Bleecker Street, New York, NY.  She has also assisted the firm’s investment banking clients with office and residential properties throughout the country, including acquisition, financing and ultimate sale of the assets.

The Commercial Observer named Ms. Franzel one of five power lawyers of 2019 which recognizes attorneys “who are crucial to the real estate industry of New York” and “have become the authorities in their area.” She was recognized for being “instrumental in some of the city’s most notable recent deals” and for closing “one of the highest-profile transactions in the city.” In addition, Ms. Franzel was named to the elite group of 2018 Law360 MVPs in Real Estate, and as one of Real Estate Forum’s 2017 “Women of Influence,” a select group of 50 women who have significantly impacted commercial real estate.