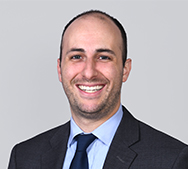 Zachary C. Freund is a litigation associate in the Los Angeles office of Gibson, Dunn & Crutcher.  His practice focuses on complex commercial and constitutional litigation in trial and appellate courts.

Prior to joining Gibson Dunn, Mr. Freund served as a law clerk to the Honorable Gerard E. Lynch of the United States Court of Appeals for the Second Circuit and the Honorable Nicholas G. Garaufis of the United States District Court for the Eastern District of New York.  He also worked as a litigation associate in the New York office of a large international law firm.

Mr. Freund graduated from Columbia Law School in 2018, where he served as a senior editor and ombudsperson of the Columbia Law Review.  At Columbia, he was awarded the Ruth Bader Ginsburg Prize for achieving highest academic honors in all three years and the Robert Noxan Toppan Prize for Best Written Examination in Constitutional Law.  Mr. Freund graduated from Stanford University in 2009, earning a Bachelor of Arts with Distinction with majors in English and Drama.  Prior to entering law school, Mr. Freund worked in the theater industry in several creative and administrative capacities.

Mr. Freund is admitted to practice in the States of California and New York.