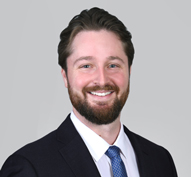 Matt Aidan Getz is a litigation associate in the Los Angeles office of Gibson, Dunn & Crutcher. His practice focuses on complex commercial and constitutional litigation at both the trial and appellate levels. He has briefed cases in federal and state courts across the country and maintains an active pro bono practice.

Mr. Getz joined Gibson Dunn after serving as a law clerk to Judge Leonie M. Brinkema of the U.S. District Court for the Eastern District of Virginia and Judge Cheryl Ann Krause of the U.S. Court of Appeals for the Third Circuit.

Mr. Getz earned his J.D., with pro bono distinction, from Stanford Law School in 2018. At Stanford, he served as managing editor of the Stanford Law Review, was a semifinalist and awarded Best Respondent’s Brief in the Marion Rice Kirkwood Moot Court Competition, and worked on cert.-stage and merits briefing with the Supreme Court Litigation Clinic. He also interned for Judge L. Felipe Restrepo of the U.S. Court of Appeals for the Third Circuit.

Mr. Getz is a member of the California and Virginia bars and is admitted to practice before the U.S. Courts of Appeals for the Second, Third, Fifth, Sixth, and Ninth Circuits and the U.S. District Courts for the Central and Northern Districts of California and the Eastern District of Virginia.

Client Alert - June 6, 2022 | Supreme Court Holds That Airline Cargo Loaders Are Exempt From The Federal Arbitration Act
Client Alert - April 21, 2022 | Supreme Court Holds That Late Petitions For Review Of IRS Collection Due Process Determinations Are Subject To Equitable Tolling
Client Alert - January 28, 2022 | California Supreme Court Adopts New Standard for Whistleblower Retaliation Claims
Client Alert - September 15, 2021 | California Court of Appeal Confirms That Trial Courts Have the Authority to Strike PAGA Claims That Are Unmanageable
Client Alert - September 10, 2021 | California Supreme Court Reinforces Strong Presumption Against Liability for Companies Hiring Independent Contractors Based on Injuries to Contract Workers
Top
This website uses cookies to provide analytics on user traffic. By continuing to browse our website, you consent to our use of cookies as set forth in our Cookie Policy. However you may visit Cookie Settings to customize your consent.
Cookie SettingsACCEPT
Privacy & Cookies Policy