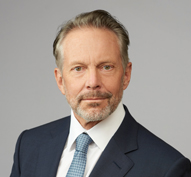 Stephen I. Glover is a partner in the Washington, D.C. office of Gibson, Dunn & Crutcher who has served as Co-Chair of the firm’s Global Mergers and Acquisitions Practice.  Mr. Glover has an extensive practice representing public and private companies in complex mergers and acquisitions, joint ventures, equity and debt offerings and corporate governance matters.  His clients include large public corporations, emerging growth companies and middle market companies in a wide range of industries.  He also advises private equity firms, individual investors and others.

Mr. Glover has been ranked in the top tier of corporate transactions attorneys in Washington, D.C. for the past seventeen years (2005 – 2022) by Chambers USA America’s Leading Business Lawyers.  He has also been selected by Chambers Global for the past five years as a top lawyer for USA Corporate/M&A.  Chambers has singled out Mr. Glover as the only “Star” corporate lawyer in the District of Columbia.  In 2018, he was recognized by BTI Consulting as a BTI Client Service All-Star MVP for making the Client Service All-Star list in four consecutive years.  Mr. Glover was named the Washington, D.C. M&A Lawyer of the Year by The Best Lawyers in America® in 2018 and has been recognized for his work in Mergers and Acquisitions, Securities, Capital Markets and corporate law.

Mr. Glover is the author or co-author of several books, including M&A Practice Guide; Business Separation Transactions: Spin-Offs, Subsidiary IPOs and Tracking Stock; and Partnerships, Joint Ventures and Strategic Alliances .  He has written more than 60 articles and speaks frequently on corporate and securities law issues.

Mr. Glover has served as a member of the DC Bar Board of Governors and the DC Bar Pro Bono Committee, and as Co-Chair of the Steering Committee for the D.C. Bar’s Corporation, Finance and Securities Law Section.  He is a member of the advisory board of BNA’s Mergers & Acquisitions Law Report and the editorial board of The M&A Lawyer.  He has served as D.C. representative to the New York Tribar Opinion Committee.  Mr. Glover has also served as an Adjunct Professor at the Georgetown University Law Center.

Mr. Glover served as a law clerk to Justice Thurgood Marshall in the United States Supreme Court from 1981 to 1982 and to J. Skelly Wright, Chief Judge of the U.S. Court of Appeals for the District of Columbia Circuit from 1980 to 1981.  He was the DC Bar Pro Bono Lawyer of the Year for 2004.