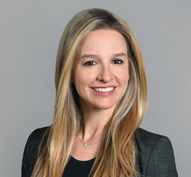 Sarah Graham is an associate in the Los Angeles office of Gibson, Dunn & Crutcher, where she practices in the firm’s Corporate Department.  She regularly represents private equity funds, strategic and financial investors, media and entertainment companies, technology companies, gaming companies, and other clients in various types of business transactions, including mergers and acquisitions, joint ventures, investments and restructurings.  Ms. Graham is a member of the following Gibson Dunn practice groups: Mergers and Acquisitions, Private Equity, Media, Entertainment and Technology, Betting and Gaming, and Sports Law.

Ms. Graham has been named a Southern California Rising Star in mergers and acquisitions by Super Lawyers magazine each year since 2015.  Most recently, she was recognized in The Best Lawyers in America® 2022 and 2023 Ones to Watch in Entertainment and Sports Law.

* Includes representations prior to Ms. Graham’s association with Gibson Dunn.

Press Releases - November 15, 2022 | Gibson Dunn Promotes 37 Lawyers to Partnership
Client Alert - May 7, 2020 | Developments in the Sports Betting Landscape in the United States During the COVID-19 Pandemic
Client Alert - April 21, 2020 | Illinois Supreme Court Rules That Daily Fantasy Sports Do Not Constitute Gambling Under State Criminal Code
Client Alert - August 8, 2018 | Media, Entertainment and Technology Group – 2018 Mid-Year Update
Top
This website uses cookies to provide analytics on user traffic. By continuing to browse our website, you consent to our use of cookies as set forth in our Cookie Policy. However you may visit Cookie Settings to customize your consent.
Cookie SettingsACCEPT
Privacy & Cookies Policy