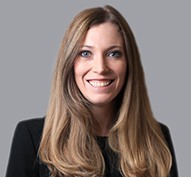 Natalie Hausknecht is an associate attorney in the Denver office of Gibson, Dunn & Crutcher, where she practices in the firm’s litigation department. She is an experienced trial and consumer protection/privacy defense attorney with experience in high-exposure representations of major technology companies, global energy leaders, and corporate executives. Her experience also has included handling high priority state and federal government and privacy investigations involving state Attorneys General and/or the Federal Trade Commission. Ms. Hausknecht received a 2022 and 2021 Best Lawyers: Ones To Watch recognition. She was also named an Up and Coming Lawyer by Law Week Colorado in 2020.

For nearly two decades, Ms. Hausknecht has advised global government and business leaders in high-stakes situations during which she has built a reputation for sound judgment and creativity. As an attorney, Ms. Hausknecht is an experienced product counselor on marketing, consumer experience, and privacy issues. She also has successfully defended clients in several important litigation, investigative, and appellate matters, including:

Ms. Hausknecht also maintains an active pro bono practice.  In 2019, she obtained an unanimous reversal and a remand to the Board of Immigration Appeals from the Seventh Circuit in a pro bono immigration appeal: Ruderman v. Whitaker, 914 F.3d 567 (7th Cir. 2019).  She also works frequently with non-profits to evaluate and investigate claims of actual innocence for incarcerated criminal defendants.

Ms. Hausknecht earned her law degree from Yale Law School. During law school, she served as an advocate for children in abuse and neglect proceedings, including in hearings and trials. She received the Florence M. Kelley Family Law Prize in recognition of her outstanding courtroom advocacy work.

Ms. Hausknecht is also an international security and development expert with broad experience throughout the Middle East and North Africa. Before attending law school, she worked as a Senior Special Advisor to President of the Kurdistan Region in Iraq for almost a decade. She won a Marshall Scholarship during this time and earned her Doctorate in International Relations from the University of St. Andrews in Scotland and her Masters of Science with honors from the School of Oriental and African Studies at the University of London.

Ms. Hausknecht is a member of the State Bar of Colorado.