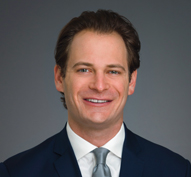 Joseph I. Herman is a corporate associate in the New York office of Gibson, Dunn & Crutcher. He is a member of the firm’s Mergers and Acquisitions Practice Group, with a practice focused on mergers and acquisitions, venture capital transactions, and a wide range of corporate governance matters. Mr. Herman represents both public and private companies in connection with all aspects of their domestic and cross-border transactional activities, including mergers, acquisitions, asset purchases, joint ventures, and equity and debt financings.

Mr. Herman earned his Juris Doctor in 2017 from Duke University School of Law, where he served as a Staff Editor for the Duke Journal of Constitutional Law & Public Policy and, as a student attorney for the Duke Law Community Enterprise Clinic, provided business and legal advice to various community-driven nonprofit organizations. Mr. Herman earned his Bachelor of Arts degree from the University of Michigan’s Gerald R. Ford School of Public Policy in 2014.

Mr. Herman is admitted to practice in the State of New York.

University of Michigan - 2014 Bachelor of Arts