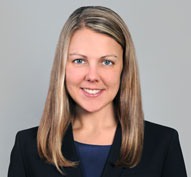 Angelique Kaounis is Of Counsel in the Century City office of Gibson, Dunn & Crutcher where she practices in the Firm’s Litigation Department, with a focus on intellectual property and technology-related issues.  Ms. Kaounis is a member of the Firm’s Intellectual Property; Antitrust and Trade Regulation; Media and Entertainment; and Privacy, Cybersecurity and Consumer Protection Practice Groups.

Ms. Kaounis has successfully represented clients in a broad range of litigation matters, including trade secret misappropriation cases, antitrust and unfair competition matters, business tort cases, contract disputes, and class actions in a number of areas, including the high-tech, entertainment, financial services, and health care industries.  Ms. Kaounis has prepared for and participated in jury trials, arbitrations, and mediations, and she provides advice in connection with protecting trade secrets, proposed business practices/collaborations, and licensing of standard essential patents.

Some of Ms. Kaounis’ representative achievements include:

Ms. Kaounis has been honored three times by Law & Politics and Los Angeles magazines as one of Southern California’s “Rising Stars.”

Ms. Kaounis currently serves as the Co-Chair of the Trade Secrets Interest Group of the California Lawyers Association’s Intellectual Property (IP) Section, having previously served as Chair and as a member of the Executive Committee of the IP Section.  She also served as a member of the Executive Leadership Team for the American Heart Association’s Heart & Stroke Ball – Los Angeles for several years (2013-2019).  Ms. Kaounis has served on the Firm’s Associates Committee and Diversity Committee.  Ms. Kaounis has been an active member of the University of Pennsylvania Alumni community, having served for three years as the President of the Penn Law Alumni Club of Southern California, of which she is also a Founding Board Member, and as a liaison to PennClubLA.