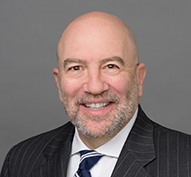 Mr. Karlan has tried numerous jury and nonjury cases in federal and state courts.  He has represented broker dealers and issuers in securities class actions.  He has defended and prosecuted numerous shareholder derivative cases in Delaware and elsewhere involving alleged breaches of fiduciary duties.

He has represented special committees of boards of directors of corporations in connection with takeover disputes and derivative actions, and he has led special investigations on behalf of boards.  He has litigated post-acquisition disputes involving post-closing adjustment clauses and alleged breaches of representations and warranties.  He has spoken at Practising Law Institute panels on the duties of members of a board of directors.

From October 2002 through December 2002, on behalf of Gibson Dunn, Mr. Karlan was acting Assistant General Counsel in charge of litigation worldwide for Tyco International, where he was responsible for overseeing and supervising all pending litigation.

In addition to his representation of Tyco in its litigation against its former management, Mr. Karlan served as counsel in some of the highest-profile litigation in the country, such as the Refco bankruptcy, Enron, Solyndra, Lehman Brothers and the “IPO Laddering” cases.

Mr. Karlan also has substantial experience in hostile takeover litigation, including the representation of Unocal in its successful takeover defense against T. Boone Pickens, and the representation of Merv Griffin in his defeat of Donald Trump in the fight for Resorts International.  In addition, Mr. Karlan was lead counsel in the successful defense of cases seeking to enjoin the IPO of UPS, which was then the largest IPO in history.

Mr. Karlan has represented several foreign clients in federal litigation and in international arbitration.  His clients have included both private corporations (domestic and foreign) and agencies and instrumentalities of South American and European governments.

A highly successful plaintiffs’ lawyer, Mr. Karlan has won several multimillion-dollar judgments and settlements including one against the RTC arising out of the S&L scandals, in which Mr. Karlan’s clients, holders of bonds issued by banks seized by the government, received settlements of over $500 million.  He also obtained a verdict of $82 million after trial of a RICO claim involving insurance fraud.

Mr. Karlan has been recognized by The Best Lawyers in America® as a leading attorney in commercial litigation, and bankruptcy and creditor debtor rights.  He was also named to Benchmark Litigation’s “Top 100 Trial Lawyers” list, and a “Litigation Star” nationally in Commercial and White-Collar Crime, and in New York.  In March 2020, The Am Law Litigation Daily named Mr. Karlan as “Litigator of the Week” for obtaining a successful jury verdict on behalf of a Fortune 250 company.  Mr. Karlan was also named a 2020 “Winning Litigator” by The National Law Journal for this trial victory.  In 2004 he was awarded the Thurgood Marshall Award by the Albany Branch of the NAACP for his work on the high-profile “Albany redistricting case,” for which Mr. Karlan was pivotal in obtaining a federal injunction stopping the redistricting plan and having revised lines drawn and special elections ordered.

Mr. Karlan has argued in the highest courts of three states, and has appeared in state and federal courts in 27 states.  He is a member of the bars of the United States Supreme Court and of the Courts of Appeals for the Second, Third, Fourth, Fifth, Sixth, Tenth, Eleventh and D.C. Circuits.  He is a member of the Board of Directors of Volunteer Lawyers for the Arts.  He is a former member of the Board of Trustees of the Lawyers’ Committee for Civil Rights Under Law and of the New York Board of Directors of the Anti-Defamation League.  He graduated from Columbia University School of Law in 1979 where he was a Harlan Fiske Stone Scholar.  He has served on the Board of Directors of New York Lawyers for the Public Interest and on the Media Law Committee of the Bar Association at the City of New York.  He is admitted to the New York and Washington, D.C. Bars.