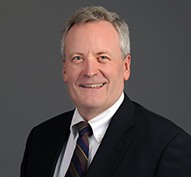 Gregory J. Kerwin is a litigation partner in Gibson Dunn’s Denver office, experienced in handling major trials and appeals. He served as Partner-in-Charge of the Gibson Dunn Denver office from 1998 to 2003. He has been ranked in Chambers USA: America’s Leading Lawyers for Business as a leading litigation lawyer every year since 2007.  Most recently, Mr. Kerwin was recognized in the 2023 edition of Best Lawyers in America for his work in appellate, commercial, and securities litigation.

Mr. Kerwin wrote chapters on appellate standards of review and preparing certiorari petitions in A. Gill, Colorado Appellate Law and Practice (West 2d ed. 2016). He co-chaired seminars on Colorado appellate practice in 1997 and 1999 and was a speaker or moderator on Colorado appellate practice at programs in 2001, 2003, 2005, 2008, 2011, 2013, and 2014. He and a Gibson Dunn colleague co-authored the chapter on Tenth Circuit practice for the  American Bar Association Council of Appellate Lawyers’ Appellate Practice Compendium: Insiders Guide to State and Federal Appellate Courts (2012). He currently serves as Counselor of the Tenth Circuit Historical Society, with past service as Chairman, President, Vice President, and Board Member.  He has helped organize many history programs for the Historical Society.  From 2014-2020, he served as a member of the Board of Advisors for IAALS, the Institute for the Advancement of the American Legal System.