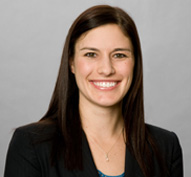 Allison K. Kostecka is Of Counsel in the Denver office of Gibson, Dunn & Crutcher.  She practices in the firm’s litigation department, where she focuses on securities litigation, antitrust investigations and litigation, other complex commercial litigation, and data privacy.  Since 2016, Allison has been recognized by Super Lawyers as a Colorado “Rising Star.” Allison also received a 2021 and 2022 Best Lawyers: Ones To Watch recognition for Commercial Litigation.

Allison represents companies in a range of complex, civil litigation matters.  Allison has defended multiple companies in derivative lawsuits and securities class actions before federal and state courts.  In addition, Allison has represented clients in a variety of antitrust and consumer protection matters before administrative bodies and federal courts.  For over ten years, Allison represented a large energy company in multiple federal court actions that exposed a fraudulently obtained, multi-billion dollar judgment against the company.  In addition to working on extensive discovery, preliminary injunction actions, and both pre-and post-judgment motions practice related to this transnational matter, Allison was on both the trial and appellate teams for this matter.

Allison is registered to practice law in the State of Colorado, as well as in the U.S. Courts of Appeal for the Sixth, Tenth, and Eleventh Circuits and the U.S. District Courts for the District of Colorado and the Northern District of Ohio.