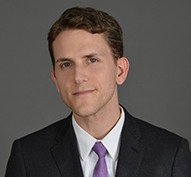 Eli Lazarus is Of Counsel in the San Francisco office of Gibson, Dunn & Crutcher.  He practices in the firm’s Litigation Department with particular focus on antitrust law and clients based or operating in Japan.  Mr. Lazarus has also represented clients at the federal and state appellate and trial court levels in a variety of business-related disputes involving class action, professional malpractice, and breach of contract.

Mr. Lazarus has specialized in leading engagements with Japanese clients who are confronting legal issues in the United States.  He communicates directly in Japanese with these clients, their employees, vendors, and Japanese counsel.  Doing so has enabled Mr. Lazarus to understand each client’s needs and coordinate the most efficient ways for Gibson Dunn to address them—and to explain with clarity the risks, opportunities, and demands of U.S. litigation.

In general commercial litigation, Mr. Lazarus and a Gibson Dunn team successfully represented the University of California in a seven-week bench and jury trial in California state court against an international consulting firm in a case alleging claims for professional malpractice, breach of contract, and violation of the False Claims Act.  Mr. Lazarus and colleagues defended the Golden State Warriors from challenges to the team’s development of a new basketball arena in San Francisco.  Most recently, Mr. Lazarus was featured in Best Lawyers in America as “One to Watch” in the antitrust practice for 2023.

Mr. Lazarus received his J.D. from Yale Law School in 2011, where he was a Submissions Editor for the Yale Journal on Regulation.  While in law school, Mr. Lazarus also served as a member of the Faculty Committee on Nondiscrimination and as Co-President of the Outlaws student group.  Mr. Lazarus earned his B.A. in International Relations in 2006 from Stanford University where he was elected to Phi Beta Kappa.

Mr. Lazarus is currently admitted to practice law in the State of California.  He has served on Gibson Dunn’s firm-wide Associates Committee and, outside the firm, on the board of the New Conservatory Theater Center.