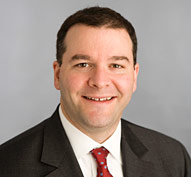 Mr. Lipton has been listed as a leading antitrust specialist in a number of publications, including Chambers USA’s America’s Leading Lawyers for Business, Practical Law Company’s Competition: The Law and Leading Lawyers Worldwide, and Super Lawyers in its Antitrust Litigation and Mergers & Acquisitions categories.  He has been ranked as a “Client Service All-Star” by BTI Consulting.