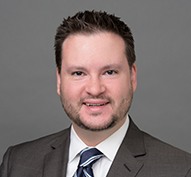 Keith R. Martorana is a partner in the New York office of Gibson, Dunn & Crutcher and a member of Gibson Dunn’s Business Restructuring and Reorganization Practice Group.

Firm News - October 7, 2021 | Thirty-Eight Gibson Dunn Partners Recognized in Banking, Finance and Transactional Expert Guide
Webcasts - May 29, 2019 | Webcast: Getting Ready for the Next Cycle: Unlocking Value in Troubled Companies: 363 Asset Sales and Alternatives
Client Alert - June 21, 2013 | United States Court of Appeals for the Second Circuit Clarifies Limits on the Standing of a SIPA (or Bankruptcy) Trustee to Bring Common Law Claims Against Third Parties
Client Alert - June 2, 2010 | The Pervasive Problem of Numerosity
Top
This website uses cookies to provide analytics on user traffic. By continuing to browse our website, you consent to our use of cookies as set forth in our Cookie Policy. However you may visit Cookie Settings to customize your consent.
Cookie SettingsACCEPT
Privacy & Cookies Policy