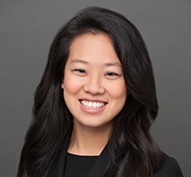 Cynthia Chen McTernan is an associate in the Los Angeles office of Gibson, Dunn & Crutcher.  She is a member of the Firm’s Litigation, Class Actions, and Labor & Employment Practice Groups.  Ms. McTernan has represented clients in a wide range of complex litigation and has significant experience in all phases of litigation in both state and federal courts.  Ms. McTernan was recognized in The Best Lawyers in America® 2022 and 2023 “Ones to Watch” in Commercial Litigation.

Ms. McTernan serves on the Board of Directors for Cancer Support Community Los Angeles, which provides comprehensive care and support to those impacted by cancer, with a focus on under-resourced communities.