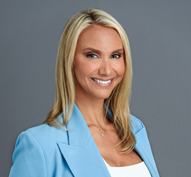 Danielle J. Moss is a partner in the New York office of Gibson, Dunn & Crutcher and a member of the firm’s Labor and Employment and Litigation Practice Groups.  She is recognized for representing employers across a wide range of matters, including high stakes discrimination, harassment and retaliation claims, as well as wage and hour and restrictive covenant issues.  She has also led numerous highly sensitive internal investigations.

Beyond her vast litigation experience, what sets Ms. Moss apart is her passion for counseling clients on preventive measures such as anti-harassment training, the proper receipt and investigation of complaints, and the importance of diversity and inclusion initiatives across industries.  By implementing these best practice measures, Ms. Moss’s clients are better-positioned to thrive in the modern workplace where culture is often valued above all else in order to attract, and retain, top talent.

Recognized for being dynamic and determined in her approach and adept at solving problems efficiently, Ms. Moss has become a “go-to” lawyer for health and wellness, emerging technology, financial services, and lifestyle brand clients around the country.  In her pro bono practice, Ms. Moss remains passionate about pursuing causes that protect and advance women’s and victim’s rights.

Ms. Moss was recognized by Best Lawyers in America: Ones to Watch in 2021-2022 for Labor and Employment Management and Labor and Employment Litigation.  She has also been named an Acritas Star Lawyer, a client-nominated recognition of stand-out lawyers in private practice, from 2019-2021.

Prior to joining Gibson Dunn, Ms. Moss practiced with Proskauer Rose LLP.  Prior to that, she served as a Felony Assistant District Attorney at the Kings County District Attorney’s Office in Brooklyn, New York.

Ms. Moss earned her Juris Doctor from Brooklyn Law School in 2011, where she was a member of the Moot Court Honors Society as well as a recipient of the Robert Lewis Prize (for excellence in Labor Law) and Judge Doris A. Thompson Award (for excellence in Trial Advocacy).  She earned a Bachelor of Science degree from Cornell University’s School of Industrial & Labor Relations in 2008.

Ms. Moss is admitted to practice in the States of New York and Jersey and before the U.S. District Court for the Southern, Eastern, Northern, and Western Districts of New York.

*Representations occurred prior to Ms. Moss’s association with Gibson Dunn.