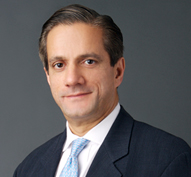 Jai S. Pathak is a partner in the Singapore office of Gibson, Dunn & Crutcher LLP.  He is a member of the firm’s corporate department and its Mergers and Acquisitions Practice Group.  Mr. Pathak established the Singapore office in 2008 and has served as its Partner-in-Charge through 2021.  He has also served as a member of the firm’s Executive Committee.

Mr. Pathak previously practiced with Jones Day since 1985, where he was a partner heading the transactional practice in Los Angeles and coordinating the M&A section for the California region.  He previously served as head of that firm’s India practice and partner-in-charge of the Singapore office.  He also spent more than a decade practicing in that firm’s London, New York and Cleveland offices.

University of Oxford - 1989 Master of Arts

University of Oxford - 1984 Bachelor of Arts

University of Delhi - 1978 Bachelor of Arts