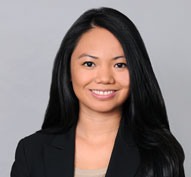 Tiffany Phan is a litigation Partner in the Los Angeles office of Gibson, Dunn & Crutcher.  Her practice focuses on labor and employment matters with experience in class action defense and complex employment litigation at both the trial and appellate levels.

Ms. Phan represents and advises employers in all aspects of labor and employment. She has represented clients in the technology, retail, janitorial, security guard, education, oil and gas, pharmaceutical, manufacturing, and agricultural industries, among others. She has extensive experience litigating wage and hour class actions involving exemptions, pay equity, harassment, discrimination, meal and rest breaks, and employee reimbursements. She has also conducted many internal investigations into complaints regarding executive employees. She has advised on and negotiated executive terminations, including those of General Counsels and CEOs. She has experience in matters before the NLRB and spends significant time counseling and advising employers on preventive planning.

Ms. Phan was recognized in The Best Lawyers in America® 2022 Ones to Watch in Labor and Employment.