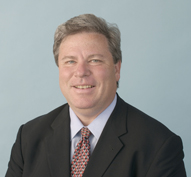 ​Nicholas H. Politan, Jr. is a partner in the New York office of Gibson, Dunn & Crutcher and Co-Chair of Gibson Dunn’s Energy (Power and Renewables) Practice Group.  Mr. Politan is also a member of the Global Finance Practice Group.

Mr. Politan is ranked nationally as a leading Energy lawyer by Chambers USA: America’s Leading Lawyers for Business, Chambers Global: The World’s Leading Lawyers for Business, and The Legal 500. Chambers notes that he is “just a brilliant guy who is as much a businessperson as a lawyer,” “the perfect balance of legal and commercial knowledge,” and “really adds value to negotiations with practical solutions.” In addition, Mr. Politan is recognized as a top energy and environmental lawyer in Euromoney’s Expert Guides’ Energy and Environment Guide and recommended by Who’s Who Legal in its Project Finance guide.

Mr. Politan is admitted to practice in New York and California.

*Representations were made by Mr. Politan prior to his association with Gibson Dunn.