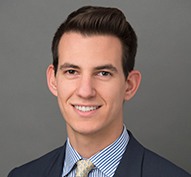 Ian Ratner is of counsel in the New York office of Gibson, Dunn & Crutcher. He is a member of the firm’s Real Estate Practice Group.

In 2023, Mr. Ratner was recognized as a Best Lawyers: Ones to Watch in America™ for Real Estate Law.

Mr. Ratner received his Juris Doctor in 2014 from New York University School of Law, where he served as Senior Editor of the Journal of Law and Business.  He earned a Bachelor of Science in Hotel Management with a minor in Real Estate, with highest honors, from the Cornell School of Hotel Administration in 2011.

Mr. Ratner is admitted to practice in the State of New York.