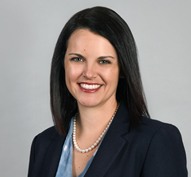 Heather L. Richardson is a litigation partner in Gibson, Dunn & Crutcher’s Los Angeles office.  Her practice focuses on health care, insurance, and class action matters.  She has extensive experience in state and federal court at both the trial and appellate level, as well as in both domestic and international arbitrations.

Ms. Richardson has represented health plans and plan sponsors in a variety of lawsuits, arbitrations, and government inquiries on a wide range of issues including reimbursement policy, coverage determinations, quality of care, pharmacy benefits, and provider contracting.

Ms. Richardson was recently named one of the Top 40 Attorneys under 40 in California by the Daily Journal and one of the “Top Attorneys under 40” by Law360, as well as recognized by Chambers USA for California Healthcare.  In 2021, Benchmark Litigation named Ms. Richardson to its “Under 40 List” which honors the achievements of the nation’s most accomplished legal partners of the age 40 or younger. Ms. Richardson was also named a California “Future Litigation Star” in 2018, 2019 and 2020.  She was recognized as a “Next Generation Lawyer” by Legal 500 in ERISA litigation in 2018.  Ms. Richardson was named a “Rising Star” and one of Southern California’s top women attorneys for 2013, 2014, 2015, and 2016 by Super Lawyers. Ms. Richardson speaks on panels and at conferences on issues related to managed care litigation, class actions, electronic discovery, women in the law, and legal ethics, and has co-authored the firm’s biannual Electronic Discovery Review multiple times.