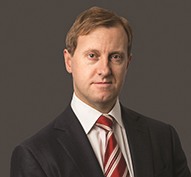 Brad Roach is Co-Chair of the firm’s Oil and Gas Practice Group and a member of the Mergers and Acquisitions, Environmental, Social and Governance (ESG), Projects and Infrastructure, and Power and Renewables Practice Groups.  He has more than 25 years’ experience advising clients in the energy, upstream oil and gas/LNG, infrastructure and project finance industry throughout Asia, the Middle East and North Africa, and has been based in Singapore since 1996.

He has advised the sponsors of several greenfield LNG projects, including the sponsors of the Mozambique LNG project, the Donggi-Senoro LNG project (Indonesia) and the Tangguh LNG project (Indonesia).  He advised Murphy Oil on the divestment of its Malaysian operations to PTT Exploration and Production Public Company Limited (PTTEP) for a consideration of US$2.127 billion, which is the largest upstream M&A transaction undertaken in Southeast Asia in the past 7 years.  His clients include Chevron, Murphy Oil, Jadestone Energy, ExxonMobil, PGN Saka and MedcoEnergi, among others.

He has also advised developers of power projects and LNG regasification terminals in various countries throughout Southeast Asia, including Indonesia, Malaysia, Vietnam, Thailand and the Philippines.

Brad is a leader in his field and has been consistently recognized by Chambers & Partners and many other professional directories.  He is ranked “Band 1” for Energy & Natural Resources in Singapore and has maintained this ranking for nine consecutive years.  He has been ranked “Band 1” for Projects & Energy in Indonesia for eleven years by Chambers & Partners, which notes he is “an eminent oil and gas expert sought out for advice on the most significant energy and natural resources deals” and is “the leading authority for oil and gas in the region.”  He was awarded Best Lawyers’ 2023 Energy Lawyer of the Year for Singapore and is the only lawyer from Singapore included in the Energy section of Who’s Who Legal Thought Leaders – Global Elite 2019.  He is one of two lawyers recognized as a “most highly regarded” leader for Southeast Asia in Who’s Who Legal: Southeast Asia – Energy 2021, which notes he is “revered for his expert knowledge of oil and gas investments.”

Brad gained his Bachelor of Laws (First Class Honors) and his Bachelor of Commerce from the University of Melbourne.  He is admitted to practice in England and Wales.  He has served as a director of the Association of International Energy Negotiators (AIEN) for several years and is the pro-bono advisor to, and a member of, the Southeast Asia Petroleum Exploration Society (SEAPEX).

Brad is consistently recognized as a pre-eminent lawyer in his fields of practice. Recent awards include:

Recent commendations based on client and peer feedback include:

University of Melbourne - 1992 Bachelor of Commerce