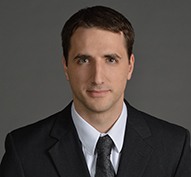 Andrew Robb is an associate in the Palo Alto office of Gibson, Dunn & Crutcher.  He practices in the firm’s Litigation department, with a focus on patent and other technology-based disputes.  He has litigated numerous cases in a variety of forums, including the International Trade Commission, federal district court, and California state court.  Representative technologies Mr. Robb has litigated include digital signal processing, network architecture, cloud security and failure analysis, mobile communications, chip design, wireless networking, and power management, among others.

Mr. Robb is a member of the firm’s pro bono committee, and he maintains an active pro bono docket.  Previously, Mr. Robb successfully obtained vacatur and remand for a Veteran in an appeal to the United States Court of Appeals for Veterans Claims, and he successfully obtained a five-year restraining order, the statutory maximum, on behalf of a young mother who had received a series of death threats from her former partner.