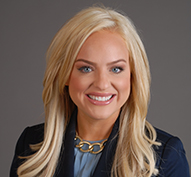 Ashley Rogers is Of Counsel in the Dallas office of Gibson, Dunn & Crutcher.  She is a member of the firm’s Litigation Department and practices in the Privacy, Cybersecurity and Consumer Protection practice group.

Representative litigation and advisory engagements include:

Ms. Rogers earned her Juris Doctor degree from Stanford Law School, where she served as a senior editor of the Stanford Law & Policy Review, Vice President of Stanford Mock Trial, and President of Street Law.  While at Stanford, Ms. Rogers was selected to be a teaching assistant for Federal Litigation and Trial Advocacy courses, and she represented disadvantaged children and families in special education and school discipline matters through the Youth and Education Law Project.  She received a Master of Education degree from Chestnut Hill College, and she graduated summa cum laude from Brigham Young University with a Bachelor of Arts degree in English.

Before law school, Ms. Rogers taught middle school special education in Philadelphia as a Teach For America corps member.  She subsequently worked for Teach For America as a Program Director, School Director, and a Managing Director in Washington, D.C. and Chicago.