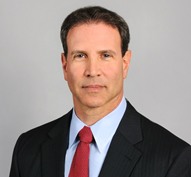 Some of Mr. Rosen’s achievements as lead trial counsel include:

Mr. Rosen has been recognized in The Best Lawyers in America® and by many other prominent publications as a leading defense lawyer. He has also been recognized as one of California’s “Super Lawyers” for each of the past fourteen years. Mr. Rosen served as Chairman of Gibson Dunn’s National Hiring Committee from 1999 to 2006.