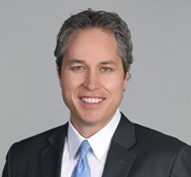 Kahn Scolnick is an appellate and litigation partner in the Los Angeles office of Gibson, Dunn & Crutcher.  He serves as Co-Partner in Charge of the Los Angeles and Century City offices, Co-Chair of the firm’s Class Actions Practice Group, and is also an active member of the Appellate and Constitutional Law and Securities Litigation Practice Groups, among others. He specializes in class actions, complex commercial cases, and litigating a variety of constitutional issues—both in the trial courts and on appeal.

Mr. Scolnick has published and spoken on a variety of topics, including class actions, trial practice, civil procedure, punitive damages, voting rights, and constitutional issues.  He was named eight times as one of Southern California’s “Rising Stars” by Los Angeles Magazine and Southern California Super Lawyers. Mr. Scolnick serves on the board and executive committee of the Legal Aid Foundation of Los Angeles (LAFLA) and on the board of the Los Angeles Chapter of the Association of Business Trial Lawyers (ABTL).