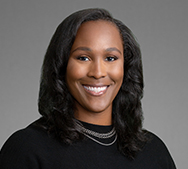 Sydney Scott is a partner in Gibson Dunn’s Houston office. Ms. Scott has experience representing plaintiffs and defendants in every stage of litigation, from pre-suit demands to final appeals, in a wide array of complex commercial disputes.   She has also represented defendants in white-collar criminal matters.  Ms. Scott focuses on developing pragmatic, winning strategies to resolve even the most complex disputes.

Ms. Scott received her law degree from the University of Pennsylvania Law School, where she served as an Articles Editor for the University of Pennsylvania Journal of Constitutional Law.  She graduated from Dartmouth College with a Bachelor of Arts degree in English. At Dartmouth, Ms. Scott won three Ivy League Championships with the women’s basketball team. After college, she played two seasons with B.K. Amager in Copenhagen, Demark and won the Danish Women’s League Championship during her first season.

Prior to joining Gibson Dunn, Ms. Scott practiced at Smyser Kaplan & Veselka, L.L.P., where she was elected to the partnership, and at Vinson & Elkins, LLP. Ms. Scott also clerked for the Honorable Chief Judge Carl E. Stewart on the United States Court of Appeals for the Fifth Circuit, and the Honorable James J. Brady on the United States District Court for the Middle District of Louisiana.