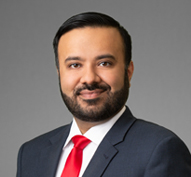 Prerak Shah is Of Counsel in the Houston office of Gibson Dunn. Bringing to bear extensive experience at the highest levels of the U.S. Department of Justice, U.S. Congress, and Texas Attorney General’s office, he specializes in white collar criminal defense and all facets of governmental and internal corporate investigations. He also has substantial commercial litigation experience, with a particular expertise in the False Claims Act, state qui tam litigation, and environmental litigation.

Mr. Shah rejoined the firm after serving as the Acting United States Attorney for the Northern District of Texas. As the chief federal law enforcement officer of a district of over 8 million people, he led a team of approximately 120 Assistant U.S. Attorneys handling a wide range of cases, including securities fraud, health care fraud, the False Claims Act, computer crime, national security, tax fraud, money laundering, public corruption, and terrorism.

During his tenure, the office pursued numerous high-profile criminal and civil investigations, including the Boeing 737 MAX scandal­, convicting a cryptocurrency founder for securities fraud, investigating the death of MLB pitcher Tyler Skaggs, extraditing a Serbian national charged with duping crypto investors out of $70 million, convicting a would-be bomber plotting to attack an Amazon facility, obtaining a $22 million payment through a deferred prosecution agreement with a multinational medical device corporation, convicting a trade school owner for operating a $72 million fraud scheme, convicting a real estate developer for bribing Dallas City Council members, and capturing a capital murder suspect on the FBI’s “10 Most Wanted” list.

Additionally, Mr. Shah personally shepherded the selection, nomination, and confirmation of over 20 federal judges in Texas, developing relationships with judges across the state. Indeed, including his time at the Justice Department, he worked on the confirmation of over 150 federal judges across the country. Mr. Shah was also recently appointed by Senators John Cornyn and Ted Cruz to serve on their Federal Judicial Evaluation Committee, which advises the senators on all judicial and US Attorney appointments in Texas.

Mr. Shah has also held several leadership positions at the Department of Justice, including Deputy Associate Attorney General in the office overseeing the work of the Antitrust, Civil, Civil Rights, Environment & Natural Resources, and Tax Divisions. He was also the Deputy Assistant Attorney General running the Department’s Natural Resources Section, which was responsible for representing the United States in major investigations and litigation concerning oil and gas pipelines, nuclear waste, chemical waste, and corporate compliance with environmental statutes. In that role, he worked on numerous high-profile matters, including the litigation surrounding the Keystone XL Pipeline, the Dakota Access Pipeline, the government’s Fracking Rule, the invalidation of Nationwide Permit 12, and the salvage of the wreckage of the infamous Titanic.

Mr. Shah received his law degree with honors from the University of Chicago Law School. After law school, he clerked for the Honorable Jerry E. Smith of the United States Court of Appeals for the Fifth Circuit.