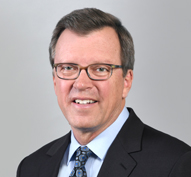 Mr. Sletten is a member of the Antitrust Section of the California State Bar.  Mr. Sletten has been admitted to practice before all California state and federal courts, numerous federal courts around the country, as well as the United States Court of Appeals for the Ninth and Federal Circuits.

Mr. Sletten has represented, or participated in the representation of, numerous clients in a broad range of industry groups on matters arising in state and federal courts, arbitrations, and also international investigations into financial fraud and other misconduct.

A few of his representative matters include:

Mr. Sletten has authored or contributed to a number of publications, and has lectured and/or given presentations on a variety of topics including the following:

Mr. Sletten served for 13 years as Chair of the firm-wide Hiring Committee at Gibson, Dunn & Crutcher.  He serves on the firm’s Diversity Committee.  Mr. Sletten was appointed to be the firm’s representative to the Advisory Board for the Institute for Transnational Arbitration.  He also is past President of the Los Angeles Chapter of the Association of Business Trial Lawyers.  Mr. Sletten currently serves as Chair of the Advisory Board of The Salvation Army, Los Angeles Metropolitan Area Division.  He was recently selected by his peers for inclusion in The Best Lawyers in America© 2023 in the fields of Commercial Litigation and Litigation – Construction.