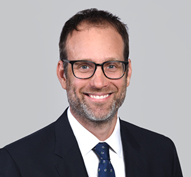 Mr. Smith has represented clients in a wide range of litigation in both federal and state courts.  He has defended clients in class actions across numerous substantive areas of law, including privacy, the Telephone Consumer Protection Act (TCPA), consumer fraud, and insurance law.  Mr. Smith also represents clients on appeal in a wide range of matters, with a particular focus on appellate proceedings in California state court.  Finally, Mr. Smith has substantial experience with the federal and state False Claims Acts, in both trial and appellate courts.

Before joining the firm, Mr. Smith served as a law clerk to the Honorable Kathleen Cardone of the United States District Court for the Western District of Texas.  He has also worked in the entertainment industry before law school where he wrote, directed, and produced commercials.

Mr. Smith is an active member of his community and serves as Co-President of the Associates Board of Teach for America – Los Angeles.  He spends as much time as possible with his wife and two sons, and tries to hit a ski slope or a mountain bike trail as often as he can.