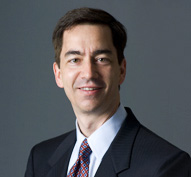 Rod J. Stone is a partner in the Los Angeles office of Gibson, Dunn & Crutcher LLP.  He is a member of the firm’s Litigation Department and has extensive experience in antitrust, intellectual property, unfair competition and competitive business practices litigation, including class actions.  Mr. Stone’s antitrust litigation practice has encompassed a broad range of antitrust issues under the Sherman Act, the Clayton Act, the Robinson-Patman Act, the FTC Act, and state antitrust and unfair competition laws.  He has litigated claims of alleged monopolization, tying, exclusive dealing, price fixing, group boycott, refusal to deal and price discrimination, among others, in civil litigation and government investigations throughout the country.

Mr. Stone served as lead counsel representing DreamWorks Animation in In re Animation Workers Antitrust Litigation, a federal class action in the Northern District of California alleging a conspiracy among animation studios not to recruit employees and to fix salaries.   The case arose out of an investigation by the U.S. Department of Justice into alleged “no poaching” agreements in the high tech industry in which Mr. Stone also represented DreamWorks Animation.

Mr. Stone was a member of the trial team representing Hewlett-Packard Company in Hewlett-Packard Co. v. Oracle Corporation (Santa Clara Superior Court, California), where HP brought suit against Oracle for breach of contract and unfair competition following Oracle’s decision in March 2011 to cease offering new versions of its software products to customers running HP’s mission-critical Itanium servers.  The case was tried in two phases.  Following a four-week bench trial in June of 2012, the court issued a Statement of Decision that gave Hewlett-Packard a complete victory on all claims tried against Oracle.  Following an interlocutory appeal, the damages phase was tried to a jury in 2016 and the jury awarded HP $3.0 billion in damages.  The judgment was affirmed by the California Court of Appeal and the California Supreme Court and the United States Supreme Court denied Oracle’s petitions for review.  In 2021, The Am Law Litigation Daily named Mr. Stone and two other partners Litigators of the Week after the Court of Appeal affirmed the judgment.

Mr. Stone was a member of the trial team that represented Deutsche Telekom AG in a case brought by 14 state attorneys general seeking to block the $26 billion purchase of Sprint by DT’s subsidiary, T-Mobile.  Following a bench trial in the United States District Court for the Southern District of New York, in February 2020 the court rejected the claims of the states and held that the merger should be allowed.

Mr. Stone also represented Intel Corporation in a monopolization suit filed by Advanced Micro Devices in the U.S. District Court in Delaware, a case which has been frequently characterized as the largest antitrust suit ever filed.  AMD alleged that Intel monopolized a worldwide market for microprocessors through alleged exclusive dealing agreements, below cost pricing, manipulation of technological standards and other purportedly anticompetitive conduct.  The parties reached a favorable global settlement in November 2009 to end all outstanding litigation, including AMD’s antitrust suit, two claims pending in Japan, and cross-license disputes.  Mr. Stone also represented Intel in government investigations and enforcement actions by the Federal Trade Commission, the New York Attorney General and the European Commission related to Intel’s alleged monopolization of the worldwide market for microprocessors.

Mr. Stone served as lead counsel for Raytheon in Adaptive Power Solutions, LLC v. Hughes Missile Systems Co., 141 F.3d 947 (9th Cir. 1998), in which the Ninth Circuit affirmed summary judgment in favor of Raytheon and another major defense contractor in a Section 1 conspiracy case.  Mr. Stone also served as lead counsel for the World Poker Tour in Ferguson v. World Poker Tour Enterprises, Inc., in which the district court denied plaintiff’s motion for summary judgment on the antitrust claims brought by a group of professional poker players against WPTE.  A favorable settlement in which the players received no financial compensation was achieved following the denial of the plaintiffs’ motion for summary judgment.