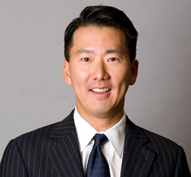 Maurice M. Suh is a partner in the Los Angeles office of Gibson, Dunn & Crutcher.  He is Co-Chair of the firm’s Sports Law Practice Group and is a member of the Litigation Department and its White Collar Defense and Investigations and Crisis Management Practice Groups.  He focuses his practice on business litigation and the representation of clients in conjunction with white collar, compliance and related government enforcement actions.

Mr. Suh has tried numerous matters in state and federal courts, as well as before domestic and international arbitral bodies.  His business litigation matters have involved class actions, securities litigation, RICO, and business torts alleging breach of contract, fraud, tortious interference, breaches of fiduciary duty and corruption allegations.  His government enforcement matters have involved the defense of federal and state white collar crime allegations, as well as internal investigations that relate to various government regulations, bribery and FCPA compliance matters.  With respect to his sports practice, Mr. Suh has represented elite athletes, teams and sponsors in landmark cases involving media rights, sponsorship and anti-doping matters in court and before arbitration panels in both the United States arbitral system for Olympic movement sports and the International Court for Arbitration of Sport (CAS).  Mr. Suh has further advised top sports teams, agents and race organizers in matters related to sponsorship and employment issues, as well as strategic planning.

In addition, Mr. Suh has served as a Deputy Chief of the Public Corruption and Government Fraud Section of the United States Attorney’s Office of the Central District of California.  While there, he prosecuted and supervised a number of public corruption and official misconduct cases against federal and state law enforcement officials, as well as a wide variety of fraud and environmental crimes cases.  In that capacity, Mr. Suh has received the Prosecutor of the Year Award (2001, International Association of Financial Crimes Investigators, S.C.), as well as the Director’s Award for Superior Performance as an Assistant United States Attorney and numerous other awards from federal law enforcement agencies.

He has served as Adjunct Professor of Law at both Loyola Law School and The George Washington University National Law Center.

Publications - April 30, 2021 | NCAA under scrutiny in grant-in-aid cap antitrust litigation
Publications - January 8, 2021 | Supreme Court needs to rethink NCAA ‘amateurism’
Publications - May 27, 2020 | Ruling in NCAA case has the potential to remake the amateurism system
Client Alert - April 21, 2020 | Illinois Supreme Court Rules That Daily Fantasy Sports Do Not Constitute Gambling Under State Criminal Code
Client Alert - April 8, 2020 | A World Without Sports – What Happens Now?
Firm News - August 15, 2019 | Gibson Dunn Lawyers Recognized in the Best Lawyers in America® 2020
Client Alert - January 12, 2010 | Corporate Counsel: In the Crosshairs of a Criminal Investigation
Top
This website uses cookies to provide analytics on user traffic. By continuing to browse our website, you consent to our use of cookies as set forth in our Cookie Policy. However you may visit Cookie Settings to customize your consent.
Cookie SettingsACCEPT
Privacy & Cookies Policy