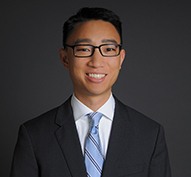 Wesley Sze is an associate in the Palo Alto office of Gibson, Dunn & Crutcher.  He practices in the firm’s Litigation Department and is a member of the Firm’s Class Actions, Privacy, White Collar Defense and Investigations, and Appellate Practice Groups.

Mr. Sze represents leading companies in a wide range of complex litigation and has significant experience in all phases of litigation, including pre-trial discovery and substantive motions practice, with an emphasis on claims involving federal and state consumer fraud laws, the Telephone Consumer Protection Act, and negligence and products liability laws.  Mr. Sze also maintains an active pro bono practice, with a focus on immigrant rights and constitutional litigation.

Mr. Sze received his law degree from Stanford Law School, where he served as a Technical Managing Editor and Notes Editor of the Stanford Law Review.  His Stanford Law Review note was awarded the 2016 Scribes Law-Review Award for the best student-written article in a law review or journal.

Mr. Sze earned his Bachelor of Arts degree in Economics from the University of British Columbia, where he graduated as class valedictorian.  Before law school, Mr. Sze conducted monetary policy research at the Bank of Canada.

Mr. Sze is a member of the State Bar of California and is admitted to practice in the U.S. Courts of Appeals for the Ninth and Tenth Circuits and the U.S. District Courts for the Northern and Southern Districts of California.