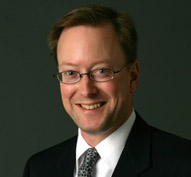 William E. Thomson is a litigation partner in the Los Angeles office of Gibson, Dunn & Crutcher.  He is Co-Chair of the firm’s Transnational Litigation Practice Group and a member of the firm’s Appellate and Constitutional Law and Environmental Litigation and Mass Tort Practice Groups.  Mr. Thomson’s practice focuses on federal and state appellate and Supreme Court litigation, and on strategic analysis and briefing in high-stakes cases in trial courts around the country.  Mr. Thomson has extensive experience litigating and counseling on complex U.S. and cross-border matters before both trial and appellate courts in a broad range of contexts, including civil RICO, product liability and mass tort, foreign judgment recognition, First Amendment litigation, and class actions.  He has advised on and litigated matters implicating the competing laws of multiple U.S. jurisdictions and dozens of countries around the world, including supply chain liability risks, corporate separateness issues, and cross-border evidentiary actions pursuant to 28 U.S.C. § 1782.

In both the transnational and domestic contexts, clients regularly rely on Mr. Thomson to help them develop comprehensive global strategies.  Mr. Thomson has extensive experience with constitutional challenges to state and federal statutes and caselaw, including punitive damages and statutory penalties, and he works regularly with inside- and outside co-counsel to develop innovative, cutting-edge trial and appellate strategies to address such issues.  He has played a key role in a number of the firm’s most high-profile transnational, mass tort and product liability, and environmental matters.  Most recently, Mr. Thomson was featured in the 2023 edition of Best Lawyers in America for appellate practice.

Mr. Thomson served as a judicial clerk to the Honorable Robert J. Kelleher in the U.S. District Court for the Central District of California.  He received his law degree from the University of California, Los Angeles, School of Law.  He earned a Ph.D. degree and an M.A. degree from the University of Chicago, and an A.B. degree from Princeton University, all in the field of political science.  At the University of Chicago he was a John M. Olin Fellow at the Center for Inquiry Into the Theory and Practice of Democracy.  For his dissertation on the political theory of Alexis de Tocqueville he conducted research in Paris.  He is fluent in French and conversant in Spanish.

Mr. Thomson is a member of the board of directors of the Western Justice Center, a non-profit organization dedicated to building a more civil, peaceful society by designing and implementing creative programs that change the way people think about and respond to differences and conflict in our communities and schools.  He is also a member of the board of the Pasadena Symphony & POPs.

University of Chicago - 1996 Doctor of Philosophy

University of Chicago - 1987 Master of Arts