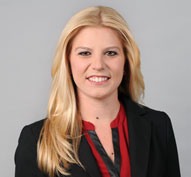 Land Use and Development Energy Power and Renewables Real Estate

Lauren Traina is an associate in the Los Angeles office of Gibson, Dunn & Crutcher.  She currently practices in the firm’s Real Estate Practice Group.

Ms. Traina’s practice focuses on land use and real estate matters, with an emphasis on energy transactions, including project development, acquisitions, financings and restructurings.  She has significant expertise in wind power, solar power and other renewable energy technology, and has represented both developers and tax equity investors in connection with these transactions.  Ms. Traina also has notable experience in corporate mergers and acquisitions, capital markets, and securities regulation.

Ms. Traina was recognized in The Best Lawyers in America® 2022 Ones to Watch in Real Estate and also, in Land Use and Zoning Law.

Ms. Traina has also has an active pro bono practice, which includes representing Lloyd Properties in connection with the dedication of property in Ventura County, California, consulting on real estate matters in connection with two mergers of the Boys and Girls Clubs in Los Angeles and Orange County, and working for the 2024 Los Angeles Olympic Committee.  Ms. Traina also participated in a team that prepared a case file for Lawyers Without Borders, which culminated in a trip to Africa to train Kenyan lawyers on prosecuting elephant poachers.

Ms. Traina is admitted to practice law in the state of California.