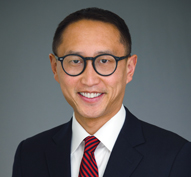 The Legal 500 has recognized Mr. Wei as a “Next Generation Lawyer” in both the “U.S. Tax (Non-Contentious)” and “International Tax” categories.

*Certain representations were made by Mr. Wei prior to his association with Gibson Dunn.