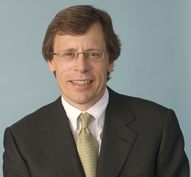 Mr. Weigel was ranked by Chambers Litigation Support 2021 in Global-wide Asset Tracing & Recovery, with clients noting that he is “one of the very best for asset tracing and recovery” and “part of a very select group around the world who are capable of handling this sort of high-value enforcement work.”  In May 2021, The American Lawyer named Mr. Weigel to its list of “Northeast Trailblazers,” which recognizes 60 top professionals in the region “who have moved the needle in the legal industry.”  In August 2018, The Am Law Litigation Daily named Mr. Weigel as “Litigator of the Week” for obtaining a significant victory for Crystallex International Corporation in its battle to collect its $1.4 billion judgment against Venezuela. Mr. Weigel was also named a Law 360 “MVP” in Retail and E-Commerce for 2015 – one of three “elite attorneys” recognized – for his “successes in high-stakes litigation and complex global matters.” The National Law Journal recognized Mr. Weigel as a “Top Litigator” in its annual “Winning: Top Litigators Tell Their Stories” feature, highlighting five attorneys “who prevailed during 2012 before a bench or jury trial.”  Mr. Weigel was recognized for his successful defense of Artémis S.A. and its owner François Pinault in a complex, multi-year litigation stemming from the failure of the Executive Life Insurance Co. In addition, The Daily Journal recognized the complete defense verdict for Artémis S.A. as one of the “Top Ten Defense Verdicts of 2012.”

Mr. Weigel has also represented both individuals and corporations in civil and criminal investigations pursued by both the Securities and Exchange Commission (SEC) and several U.S. Attorneys’ offices.

Mr. Weigel is admitted to practice before the New York courts, the United States District Courts for the Northern and Southern Districts of New York, and the United States Courts of Appeals for the First, Second, Ninth and Eleventh Circuits.

Mr. Weigel is a 1981 graduate of the University of Chicago Law School.  While in law school he worked for Lexecon, the legal and economics consulting firm founded by the Honorable Richard Posner and Professor William Landes.  He received his undergraduate degree in economics, with honors, from Binghamton University.