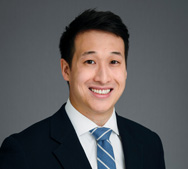 Terry Wong is an associate attorney in the New York office of Gibson, Dunn & Crutcher.

Mr. Wong received his Juris Doctor in 2020 from Columbia Law School, where he was named a Harlan Fiske Stone Scholar and served as an Executive Managing Editor of the Columbia Journal of Law and Social Problems.  While in law school, Mr. Wong interned at the United States Attorney’s Office for the Eastern District of New York in Brooklyn, New York for both the Criminal and Civil Divisions.  He received his Bachelor of Arts in Political Science and Peace, War, and Defense from the University of North Carolina at Chapel Hill in 2015.

Mr. Wong is admitted to practice in the State of New York.