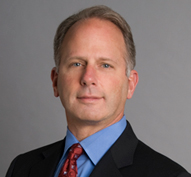 Wayne Barsky is a partner in the Century City office of Gibson, Dunn & Crutcher and a member of the firm’s Intellectual Property Practice Group.  He focuses on patent litigation for clients in the life science, pharmaceutical, and medical device industries, and has extensive trial and appellate experience in federal courts throughout the country and in matters before the U.S. International Trade Commission.

Routinely called upon in high-profile cases, Wayne has represented clients in more than 100 patent infringement actions. For example, in March 2018, Wayne led a Gibson Dunn team that successfully defended Pfizer and Merck-Serono in a five-week jury trial where Biogen was seeking in excess of $5.4 billion in damages for alleged infringement of a patent pertaining to the use of recombinant DNA technology in the treatment of Multiple Sclerosis. The jury unanimously rejected Biogen’s damages claim and invalidated its patent, thus handing Pfizer and Merck-Serono one of the largest defense wins in patent litigation history.

He also recently represented Fitbit in wide-ranging litigation against Jawbone in the federal courts and International Trade Commission, where Jawbone was alleging infringement of six patents as well as the theft of more than 150 trade secrets pertaining to wearable fitness tracking technology. All of Jawbone’s patents were invalidated, and the Commission ruled in favor of Fitbit on all of Jawbone’s claims of trade secret theft.

Active in community and pro bono affairs, Wayne is a former Chairperson, and is currently a member of the Executive Committee and Board of Directors, of Public Counsel Law Center, the nation’s largest pro bono law office.  He also volunteers at the Turning Point Shelter in Santa Monica, California, and has served the Los Angeles Superior Court system as a Judge pro tempore.

Wayne is a recipient of the 2010 Learned Hand Award from the American Jewish Committee, and was named Litigation Lawyer of the Year by the Century City Bar Association in 2013.

Wayne is a member of the adjunct faculty at USC Gould School of Law, where he teaches Patent Law & Litigation, and serves as a member of the Executive Committee, and is a past Chairperson, of the USC IP Institute. Wayne is a past member of the Board of Governors of the Association of Business Trial Lawyers, and the Judge Paul R. Michel Intellectual Property American Inns of Court.